By The Tech Lounge Staff

Motherboards are usually categorized by the kind of sockets they have. These sockets are called processor sockets, CPU sockets, or simply motherboard sockets. A socket forms the contact point between the CPU and the motherboard.

What are CPU Sockets?

Motherboard sockets are made using a pin array called PGA (pin grid array), or a contact plate array called LGA (Land Grid Array). These pins or plates become a securing mechanism that holds the processor in place, as well as connect the motherboard to whatever processing power is available.

Why Should You be Familiar with Socket Types?

Different generations of CPUs support different sockets, so it is important for you to know the different types available. Say you need to replace your motherboard, or maybe you’re looking to upgrade the CPU itself. Both these cases will require at least some basic knowledge of socket types.

The Major Types of Sockets Available

Motherboard sockets are predominantly produced by either Intel or AMD. Intel produces LGA based sockets. AMD uses PGA mostly, although it has begun to use LGA for some of its more complex server sockets.

Intel motherboard sockets tend to support at least six different chipsets. Here is a quick look at the most popular Intel sockets.

A drawback is that none of these chips (which are the only ones compatible with the LGA 1150 socket) support more advanced features such as Intel Rapid Storage. Intel later introduced two more chipsets (H97 AND Z97) to provide SATA Express compatibility.

That being said, there is limited potential for upgrades with LGA 1150. LGA 1151 was introduced in 2015 as a replacement for LGA 1150, and it is much more suited for the modern processor.

LGA 1151 supports 6th to 9th generation Intel processors and thus is perfect for both the casual as well as the power user. This socket is also futureproof as a 9th generation processor is bound to be more than enough for the foreseeable future.

LGA 2011 (often referred to as Socket R) came out after LGA 1155 was introduced, as a sort of high-end counterpart to it, because it serves Sandy Bridge-E/EP and Ivy Bridge-E/EP processors.

While LGA 2011 also has six chipsets like all Intel sockets, the only one you really need to know about is X79. This is because X79 was built specifically for the processors mentioned above. Since many home users don’t use these processors, this socket won’t be for everyone.

Like LGA 1150, there is some limited potential for upgrades, but remember to check your motherboard’s BIOS compatibility beforehand. For the modern user, we recommend sticking with the LGA 1151 due to the fact that it is both versatile and has enough performance for almost every single user.

AM3 came out in 2009 as the successor for AM2+, to support a change to DDR3 RAM. The subtle key change thus used means that AM3 breaks compatibility with its predecessors. However, since AM3 processors support DDR2 RAM, they are backward compatible with AM2 and AM2+. For this reason, some manufacturers label AM2/AM2+ boards as being AM3 Ready.

AM3+ was introduced as a modification to AM3, to accommodate Bulldozer-based processors. It is backward compatible with AM3 but breaks compatibility with AM2/AM2+ because it does not support DDR2 RAM.

This is the most common and popular socket produced by AMD because it is compatible with a wide range of AMD desktop CPUs. However, it was primarily designed to work with AMD’s Ryzen processors. An advantage here is that AMD’s processor compatibility can span over generations. So for instance, AM4 can support older generation Ryzen CPUs as well.

X370 and X470 are the popular chipsets used with AM4. However, these can be expensive. AMD offers a more budget-friendly offer with B450, B350, A320, and A300 based motherboards, which may not be as efficient but will get the job done for the most part. B450 and B350 support the same memory speed and overclocking as the high-end X370 and X470.

AM4 is one of the best options out there for gaming purposes. However, do remember that AM4 will not be compatible with the old CPU coolers that its predecessors used.

As mentioned above with AM3 and AM3+, cross-compatibility is still sometimes an option with different sockets. This generally depends simply on the configuration of pins or plates. Again, as with AM4, some sockets can support multiple generations. A perfect example is that LGA 1151 can not only support 6th and 7th generation CPUs but also 8th and 9th ones (Rev 2).

Whether you’re looking to upgrade or install new sockets, the following tips are helpful to remember. 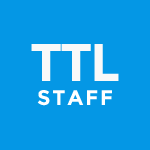 TheTechLounge editorial team consists of versatile tech enthusiasts. Each of us specializes in the specific area (from photography to virtual reality).

Can Your Mouse and Keyboard Be Hacked? And How to Protect Yourself