If you’re looking for great performance while on the go, you’ve landed in the right place, as today we present you with the SanDisk Extreme PRO Portable SSD review. This SanDisk SSD is designed with two main things in mind: toughness and portable performance.

It’s true that toughness is somewhat imbedded in an SSD drive, due to its nature, i.e. it contains no moving/mechanical parts, unlike an old-school hard-disk drive. And as SSD prices are getting lower by the day, HDDs are slowly becoming extinct.

However, when it comes to storage only, the HDD is still king in terms of value for money, because if you take a look at the price tag, this 2 TB SSD drive is pretty expensive compared to a 2 TB external HDD. Yet, being a solid-state drive, it’s way more resistant to shocks, even compared to the best external hard drive, especially if you’ll throw it inside your camera bag and forget about it.

Finally, if you want to learn more about the differences between an external hard drive, an SSD and a flash drive, go read this article.

As we already told you, this portable SSD from SanDisk features a tough design, being an excellent choice for both Mac and PC users looking for a solid external storage solution. Keep in mind that if 2 TB are not enough, there’s also a 4 GB version available (crazy expensive though), featuring the same tough design and blazing fast transfer speeds. 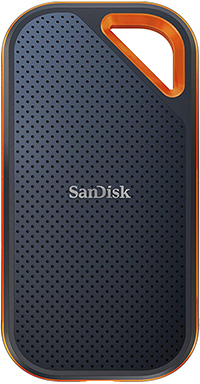 Speaking of toughness, the Extreme Pro has a rock-solid rubberized chassis, which makes it incredibly grippy, and an aluminum body featuring a loop at the top, so you can secure it using a carrying clip (provided in the retail box).

What’s really important though is the SSD’s IP55 rating, which means it’s both dust and water-resistant. This rating makes the SSD ideal for people who require data transfers rapidly during filming/photo shoots “in the wild” so to speak, as this SSD is tougher than a coffin nail. The only “soft spot” is the USB Type C port located at the bottom, because, strangely enough, SanDisk decided to not cover it in any way, shape or form.

So, if your SSD gets wet, falls into water or whatever, do make sure that USB Type C port is squeaky clean and dry before you connect anything to it. Truth be told, it would have been nice from SanDisk to put something there, like a removable cover to protect this port, but maybe we’ll see that with the next “facelift”, who knows.

It’s also worth mentioning that the SSD’s silicone sheath allows it to survive a drop from 6.5 ft, and that’s great for “rough and ready” scenarios. Arguably, this is one of the best consumer-grade drives out there, even if the SSD is still vulnerable to fine dust.

Final word on “toughness”: do not confuse IP55 to IP68; the latter rating means the device is impermeable to dust and can survive a drop in water. This SanDisk SSD lacks a port cover, so never dunk it in water, “aight”? 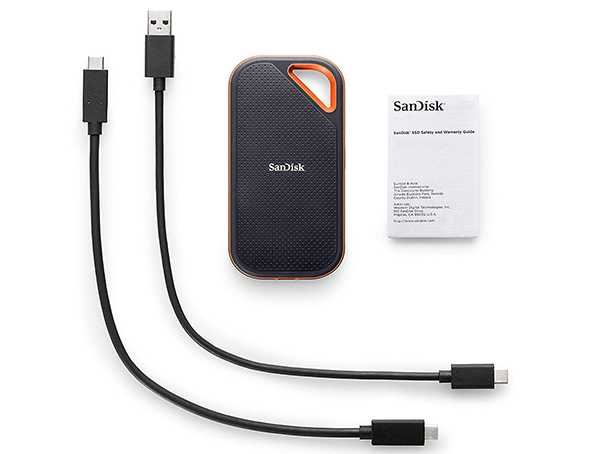 This is where the fun begins: the Extreme Pro SSD stands at the apex of SanDisk’s Extreme line of solid-state drives, which means it’s designed to please hardcore users, like photographers, video editors, animators etc., i.e. people who are ready and willing to take full advantage of the SSD’s very latest USB 3.2 standard to move big chunks of data instantly, or almost.

Before we forget, if you’re planning to use this SSD for your Xbox, please go read this article, you’ll thank us later.

Now, since we’re dealing with a high-end SSD, it’s no wonder that the Extreme Pro Portable SSD really shines in terms of ridiculous speeds in regard to fast data transfer, even for a solid-state drive. If you’re using a Thunderbolt 3 port, you’ll experience the best performance out of this drive, as the Extreme Pro Portable is rated at 1,050 MB/s, which means over 900 MB/s in real life.

When it comes to transferring big chunks of data, this baby can copy huge files while hardly breaking a sweat, and that’s mostly due to its forged aluminum chassis, which works like a radiator, allowing it to dissipate data quickly and efficiently. The point being, this SSD will stay cool even under heavy loads, with consistent writing speeds in excess of 900 MB/s even if we’re talking large files (300 GB or more).

Another argument for buying this beast is that it features USB 3.2 Gen 2×2, i.e. the latest and fastest USB protocol on the market. Sometimes called SuperSpeed USB 20Gbps (the blue SS ports in your desktop), this protocol offers blazing-fast transfer speeds of up to 2,000MBps for both read and write.

This is another strong selling point for the SanDisk Extreme Pro Portable, as the SSD comes with Windows and macOS Security software bundles, which allow you to set a password and provide 256-bit AES hardware encryption, i.e. this is a tough nut to crack even for government agencies looking to steal your cat pics.

To make it really simple, the 256-bit AES hardware encryption thing is widely regarded as the gold standard for consumer-drive data encryption. You must also learn that the Extreme Pro Portable comes with a solid 5-year manufacturer’s warranty, which is kind of “long-term” security for peace of mind.

If you made it this far, we bet you’re already sold on this baby. The tl;dr version is that the SanDisk Extreme Pro Portable is a high-performance solid-state drive aimed at multimedia creators and videographers, as it can transfer 4K/8K video in a jiffy if your computer supports USB 3.2 Gen 2×2. 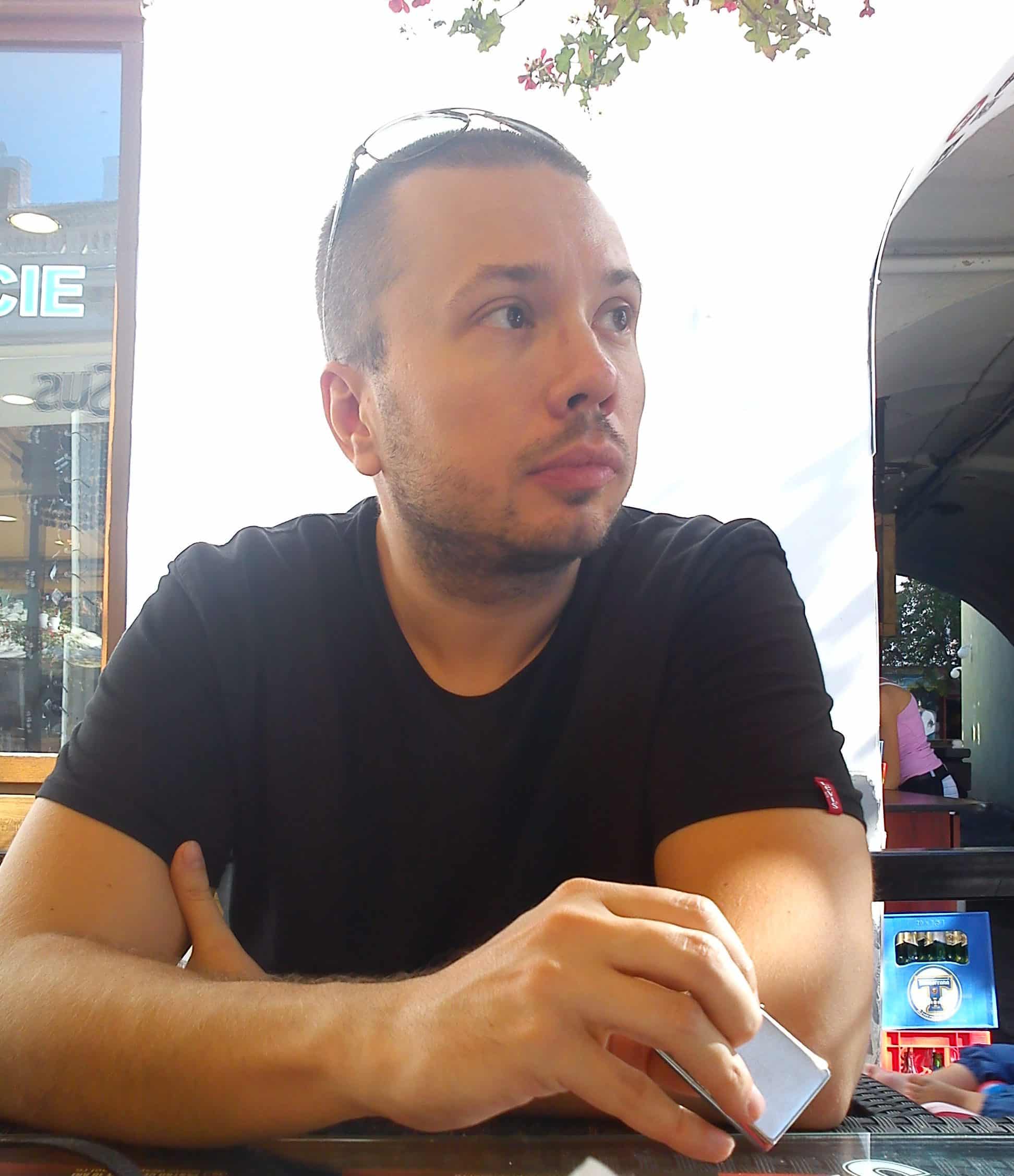